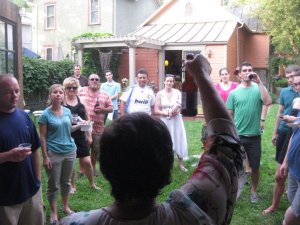 mper, Breckenridge Vanilla Porter, Harpoon Summer Beer, 21st Amendment Hop Crisis and The Brew Kettle Tunguska Imperial Stout were among the more than 25 beers enjoyed during the 1st ever McPherson Town Progressive Microbrew Dinner. A surprise appearance was also made by a homebrew IPA made right in the neighborhood. 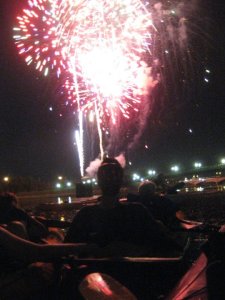 Following the tastings and fantastic eats, many of the Townies did a quick change and carried their kayaks to the banks of the Great Miami River for a short paddle to a best seat in Dayton for the annual 4th of July fireworks.  The armada included nearly 30 boats. Not only did the paddlers have an incredible view of the pyrotechnics, but they were also able to catch some of sounds of the CityFolk festival while in route.

Certainly a great day to live in McPherson Town!