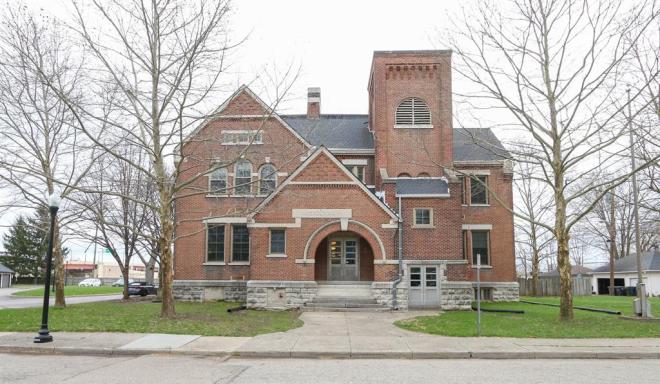 Hawthorne school, located at 226 McDaniel St. was built in 1886 and expanded in 1911. It was named after author Nathaniel Hawthorne, American novelist and short story writer. It was used as a school for nearly 90 years (until 1974), then transformed into a center for unwed mothers for several years and later turned into a practice space for local dance companies.

By 1987, the school was closed and in dire need of repairs. Fortunately, neighbors had successfully petitioned to have it placed on the National Register of Historic Places a year earlier (1986). The city acquired the school in 1989 in a land swap with Dayton Public Schools. Over the next several years, numerous efforts to renovate the red brick building fell through however, in January 1998, the old vacant Hawthorne Elementary school was renovated into a 20 unit apartment complex. 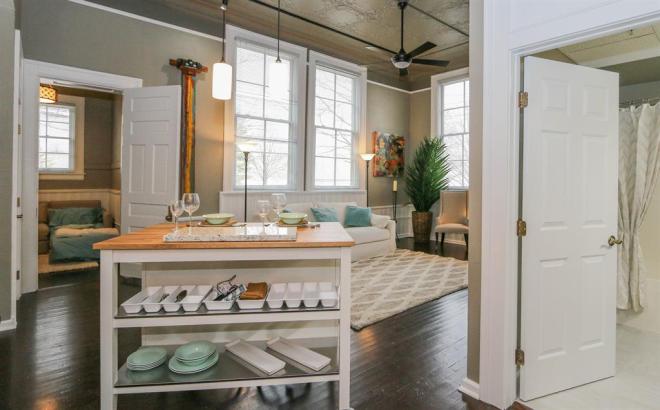 Twenty years later, the 20 upscale, loft-style units are being offered as condos (in an as is state) to meet the growing demands for home ownership in the neighborhood. One unit has been upgraded as a model to provide vision and priced to reflect the unit upgrades. The school embodies old schoolhouse charm while offering an affordable living alternative in one of downtown Dayton’s most in demand neighborhoods. Units range in price from $58,000 to $137,600. 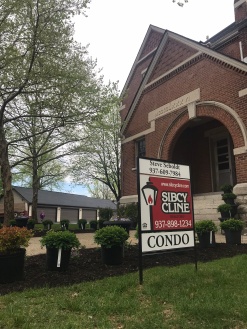 Each condo is unique and includes reminders of late nineteenth century educational institutions, including polished wood floors, wainscoting transom windows, coat room hooks, chalkboards, and more. There are studio, one bedroom and two bedroom units. Each unit comes with an assigned parking space and an option to purchase a garage on a first come basis.

Hawthorne School is just a short walk over the bridge to downtown proper and sits half way between the Dayton Art Institute and RiverScape MetroPark – home to many festivals and events. For the urban dog lover, Hawthorne offers green space for you and your loyal companion to enjoy, and a dog park at Deeds Point is a short walk away.

Interested in making the Hawthorne School your new downtown home? Contact Steve Seboldt of Sibcy Cline to take your pick of available units, 937-609-7984.